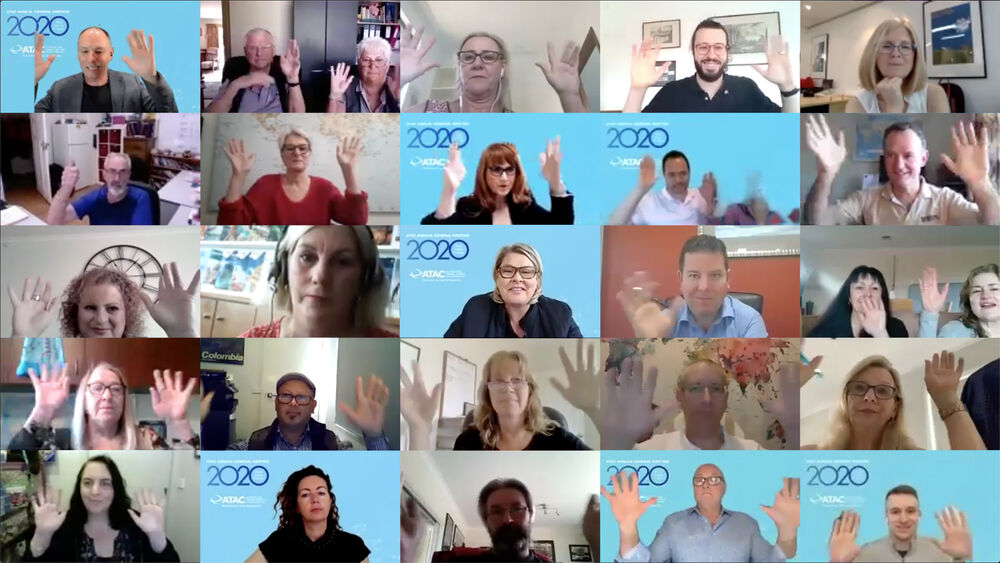 The Australian Travel Agents Co-operative (ATAC) conducted its virtual Annual General Meeting late last week, with Chairman Ken Morgan telling Travel Daily he was “very heartened” by the amount of positivity in the room from members.

“As a board, we really set out to highlight how strong our position is...we had a terrific first nine months, in fact it was probably another record if you compared it with the first nine months the previous year,” he said.

"Overall our TTV ended up flat, which is not a bad result considering where some other travel organisations have ended up,” Morgan added.

Despite the challenging headwinds created by the coronavirus, ATAC was also able to maintain a healthy financial return for its members, while ensuring the group’s viability for the next two years. Members were told they would receive “a touch under a million” in overrides, only a mild drop from the $1.2 million paid out last year, as well as four air payments, earnings on calendar year contracts and a 12% interest on shareholdings.

“I think any group at the moment would be really happy if they were getting money and I don’t know if there are too many other groups out there that are actually paying bonuses,” ATAC GM Michelle Emerton said.

The buying group also revealed it has ramped up efforts to maintain important touch points with its members throughout the ongoing health crisis.

“From a head office point of view, our workload has increased by 25% because we have been very conscious of communicating with our members about...getting legal advice from lawyers, letting them know how they can talk to their customers around things like refunds & credits,” Emerton said.

The event acted as a forum to update members on ATAC’s financial position, monetary returns, as well as providing advice on how best to ride out the challenges of the pandemic.

“From a head office point of view, we have been really working hard to give our members the tools they need to get through this crisis the best way they can,” said General Manager Michelle Emerton.

Pictured: ATAC members lending each other a hand